“Particles in many places at once, spooky influences over vast distances, cats in boxes that are dead and alive at the same time – the quantum world is notoriously weird. Things get most baffling with the questions quantum theory raises about the nature of reality. These are frontiers of our understanding, beyond which lies a wilderness of interpretation where physics begins to blend into philosophy.”

In over 10 pages of the August 2021 issue, New Scientist’s authors explore the most fascinating questions about quantum mechanics: what makes quantum theory so strange? Who or what collapses the wave function? Why aren’t big things quantum? Is the quantum world really random?

“From a practical point of view, [quantum mechanics] it works perfectly,” says Angelo Bassi, TEQ’s PI interviewed for this article, “But from a fundamental point of view, why should the wave function collapse?”

“Designed specifically to look for collapse noise, the [TEQ] project involves levitating a bead of glass a few nanometers wide using electric fields, watching its motion closely”, writes Abigail Beall, author of the article. Further on, another TEQ partner takes the floor. Hendrik Ulbricht, who is leading the experiment, expects relevant results within a year. “We are all very excited,” he says.

This article is another 2021 success for the TEQ project, together with the article on Geo magazine, as its scientific efforts are translated into a science popularization language and delivered to a large general public.

Link to the article: This is what makes the quantum world so strange and confusing | New Scientist 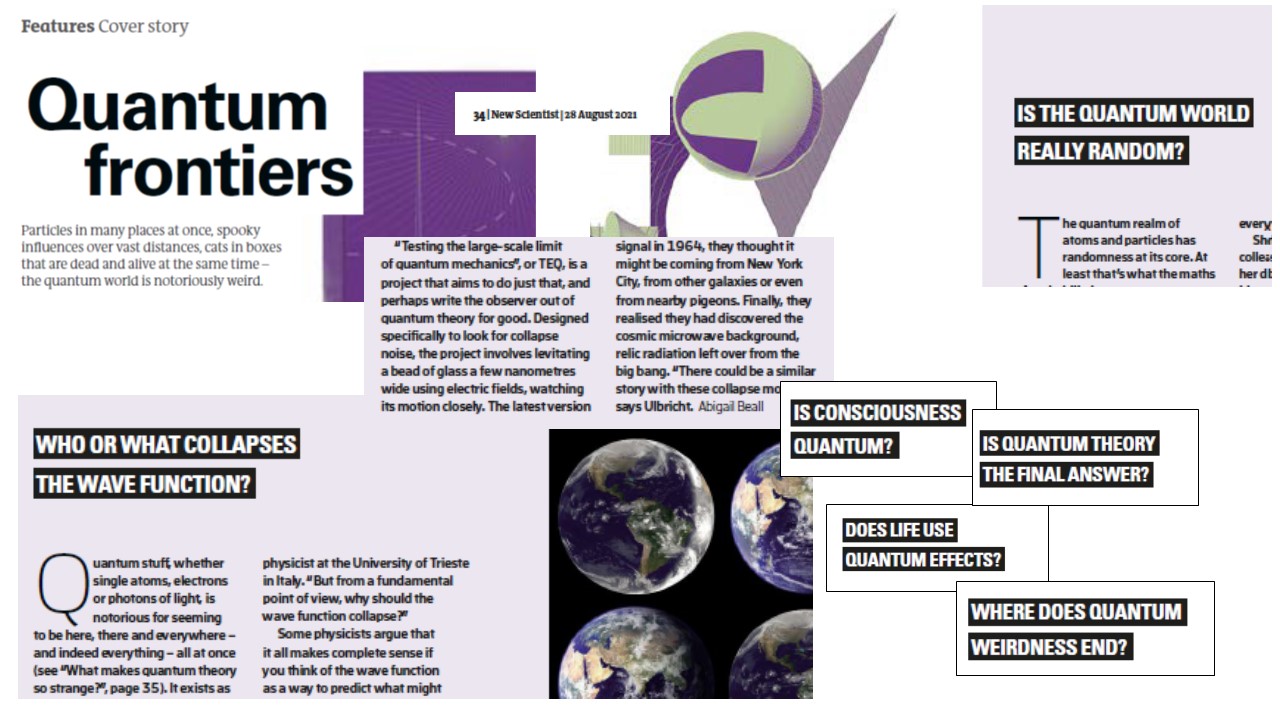